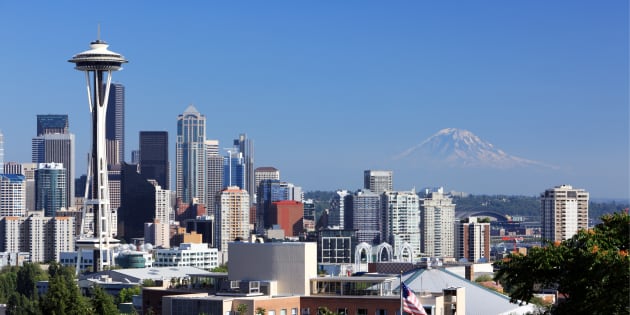 For those priced out of Vancouver’s housing market, a recent story suggesting that foreign buyers are bailing on Vancouver in favour of Seattle may seem like good news.

But that may not translate into more affordable housing in Vancouver, because even as Seattle becomes the hot new alternative to Vancouver, there are still plenty of foreign buyers staking a claim in the Canadian city.

The influx of foreign buyers, which Gardner described as “frenetic,” has shot Seattle-area house prices up by 17.6 per cent in the past year, according to the region’s multiple listing service.

About half of the foreign buyers in Seattle are from Asia, Gardner said. Chris Hu, the vice-president of Beijing-based real estate agency B.A. & 515J Group, told the Times about half the homes bought by foreigners were for investment purposes, and half were bought to live in.

“The no-growth trend in Vancouver is far different than what we see overall, in all locations.”Byron Burley, Juwai

So does this mean foreign buyers will leave Vancouver alone now? The data suggests that is not happening.

According to an analysis from Chinese real estate portal Juwai, the number of Chinese buyers in the Vancouver market has been “flat as a pancake” for the past year-and-a-half, following a steep plunge in the wake of the foreign buyers’ tax introduced in the summer of 2016.

But Chinese buyer inquiries worldwide jumped 8.7 per cent over the past year year, meaning Vancouver is seeing a shrinking share of overall foreign buyer interest.

“The no-growth trend in Vancouver is far different than what we see overall, in all locations,” said Byron Burley, a B.C.-based vice-president of Juwai, in a press statement.

“Vancouver’s tax is working by driving a share of buyers to other cities, especially Seattle. It has taken the froth off of the top.”

Burley says these days there are more “and-or” buyers — people who look into buying a home in Vancouver and/or Seattle, and/or Toronto, rather than just targeting Vancouver.

“When these uncommitted buyers compare Vancouver prices plus the tax to what they can get somewhere else, sometimes they decide it’s not worth it.”

Despite the change in foreign buyer habits, Burley doesn’t see the city’s housing market declining. The market “is more like a pancake than a deflating soufflé. Buyer demand has not collapsed, it’s merely flat.”

I’ve always been all-in on homeownership. Yet, for the first time in two decades since the beginning … END_OF_DOCUMENT_TOKEN_TO_BE_REPLACED

At the midpoint of April, housing markets are reflecting a changing landscape, according to a new … END_OF_DOCUMENT_TOKEN_TO_BE_REPLACED

I’ve always been all-in on homeownership. Yet, for the first time in two decades … END_OF_DOCUMENT_TOKEN_TO_BE_REPLACED

At the midpoint of April, housing markets are reflecting a changing landscape, … END_OF_DOCUMENT_TOKEN_TO_BE_REPLACED