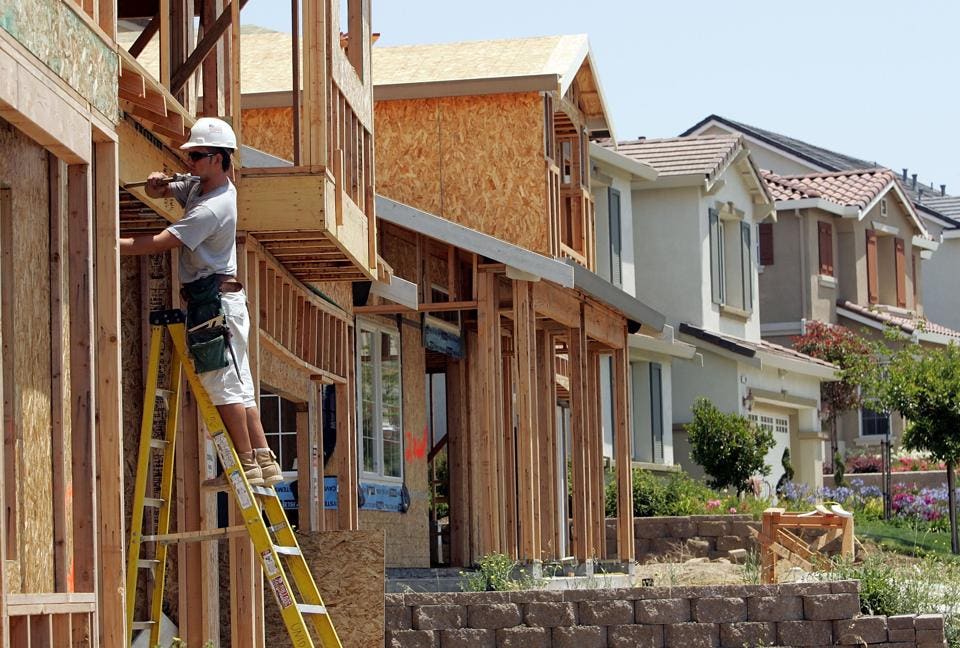 The current housing boom will flatten in 2022—or possibly early 2023—when mortgage interest rates rise. There is no bubble to burst, though prices may retreat from panic-buying highs.

The boom produced some frantic buying, bids in excess of asking prices, and plenty of worry among would-be homeowners. But this has not been a bubble. A bubble is not simply rising prices, but demand not justified by fundamental economic factors. The key to the buying boom has been low mortgage rates plus a shift in desired housing type.

Mortgage rates hit what was then an all-time low of four percent in 2011, and then remained in that neighborhood until the pandemic, when they hit three percent. The decline in mortgage rates in 2020 dropped the monthly payment on a house by 12 percent, enabling many people to buy houses now rather than later.

In addition to the low mortgage rates, some people saw a future of remote work and wanted more space, which often means moving out of an apartment into a single family house. Others found urban living less fun, so they headed into the suburbs where houses are more common than apartments.

The increased demand for houses drove prices up, quite predictably. Yet the supply could not adjust as fast as demand. Home builders ramped up production in the second half of 2020, but after a few months they ran into supply constraints. Ready-to-build lots were all bought up, labor for construction was hard to find and social distancing made workers less productive. Now rising materials prices and goods on back-order squeeze profit margins. That’s how we find ourselves in the current housing boom.

But this boom is not a bubble, because the rise in prices is easily explained by the fundamentals of cheap mortgages and supply limitations. Recent housing starts are below historical averages, though that is justified by lower population growth. But with the shift from multifamily to single family housing, recent construction levels make sense. There need be no sudden drop in new construction to maintain a reasonable equilibrium.

When will the boom end? The two keys are satisfying the new demand and mortgage rates. Low mortgage rates allowed young families to buy houses earlier than they otherwise would have. It did not change the economics of buying for people who were never going to be homeowners. Instead, low mortgage rates enabled people to achieve their dreams earlier than they otherwise would have. In this sense, the strong housing market of 2020 and 2021 has been borrowing from the future. However, the shift in preferences from urban living to suburban living by people who previously could have bought houses is permanent new demand. At least, so long as they don’t become disillusioned about homeownership.

Mortgage rates are likely to rise when financial markets anticipate more inflation and action by the Federal Reserve to stem inflation. Although the Fed’s traditional tools impact short-term rates, with only small effect on mortgage rates, the new actions by the Fed impact mortgages directly. The Fed has been buying mortgages wholesale, depressing mortgage interest rates. The Fed has also been buying many treasury securities, which are often competitors to mortgages for institutional investors.

Mortgage rates are likely to rise a full percentage point by mid-2022, though this forecast exceeds the average prediction of my fellow economists. They doubt long-term interest rates will rise by a percentage point even out to December 2022. If they are right and I am wrong, then the housing market will remain strong longer.

Business leaders in the housing supply chain should enjoy their strong sales this year but not anticipate further growth in the coming years. Major capital projects must pencil out with sales back at 2019 levels.

I’ve always been all-in on homeownership. Yet, for the first time in two decades since the beginning … END_OF_DOCUMENT_TOKEN_TO_BE_REPLACED

At the midpoint of April, housing markets are reflecting a changing landscape, according to a new … END_OF_DOCUMENT_TOKEN_TO_BE_REPLACED

I’ve always been all-in on homeownership. Yet, for the first time in two decades … END_OF_DOCUMENT_TOKEN_TO_BE_REPLACED

At the midpoint of April, housing markets are reflecting a changing landscape, … END_OF_DOCUMENT_TOKEN_TO_BE_REPLACED